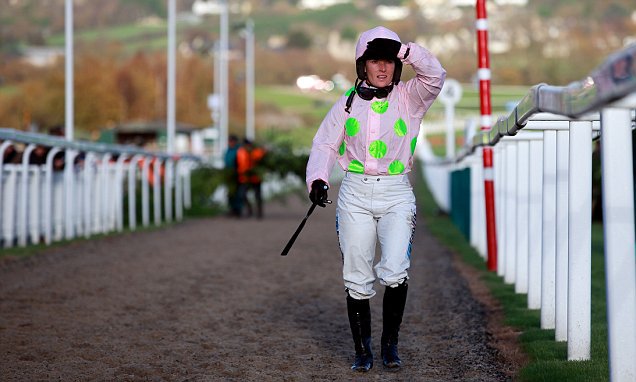 Katie Walsh will continue her quest to become the first female jockey to win the Grand National when she races at Aintree on the saddle of Baie Des Iles. The 33-year-old has raced five times as the prestigious meet, producing a best finish of third in 2012 in her maiden outing in the National on the back of Seabass.

However, since then, Walsh has not managed to hit those heights. In 2013, she returned to action with Seabass, and although the Irish horse was able to finish the meet, he was well off the pace in 13th place. It was the same story for Walsh the following season when Vesper Bell produced an identical result to her previous charge.

Ballycasey was the next horse for Walsh to manage, only for the race to end in disappointment as the jockey was unseated by her charge at the 29th fence, ending a promising run. The fall did not deter Walsh as she returned to Aintree with Wonderful Charm last season. Paul Nicholls’ charge was given an outside chance, although he could not put forward a strong enough performance on the day, finishing in 19th and the last to complete the course.

Baie Des Iles does not have the best pedigree in the field, which is reflected in the horse racing betting odds backing the French competitor at 50/1 in the horse racing betting to win the Grand National. However, Walsh does have plenty experience of riding the grey mare and could produce a shock result given the lack of predictability at the meet in Aintree. It would not be the first time a horse has emerged out of the shadows to produce an unlikely victory.

Walsh has been in action on Baie Des Iles this term in all three of the horse’s races. Ross O’Sullivan’s charge was not quite at her best form in her opening race of the 2017/18 National Hunt season, placing in sixth at the Proudstown Handicap Hurdle at Navan. The grey mare finished well off the pace of the eventual winner Red Devil Lads, who was an outsider heading into the race.

It was a similar story for the French horse at the Tim Duggan Memorial Handicap Chase. She was considered an outsider candidate for the victory. Walsh was never able to establish a steady rhythm with her charge from the off, which resulted in another sixth-place effort. Baie Des Iles had too much to do towards the end of the race, although she was able to come through the field.

The grey mare put forward her best performance of the season at the Grand National Trial Handicap Chase at Punchestown in February. Baie Des Iles kept pace with the early leaders and was able to match them throughout the contest heading towards the final stretch. However, she lacked the pace to challenge for the victory, although the seven-year-old placed in third. The odds are against Walsh and her charge for the race, but anything is possible in the National. It will take a special effort and a flawless performance from both jockey and horse to achieve the feat.